Take a look at some past articles on how MEC contributes to the communities that we live in. Click on any headline below to learn more.

2012 Hispanic Contractors of Colorado General Contractor of the Year Award

Mass. Electric Construction Co. (MEC), along with other Kiewit subsidiaries, won the 2012 Hispanic Contractors of Colorado General Contractor of the Year Award. This is a result of the hard work performed by our Diversity Council, made up of individuals from the three Districts of Kiewit operating in Colorado.

The Diversity Councils accomplishments include:
•Improving our value to clients and customers
•Building relationships with local small businesses
•Sharing best practices for diversity and inclusion
•Increasing hiring, training and retaining a diverse workforce
•Embedding Diversity into everything the Kiewit Companies do in the Colorado Area

MEC Transportation raised over $30,000 at our 2012 District Meeting for Operation Homefront which provides financial and other assistance to the families of our service members and wounded warriors. 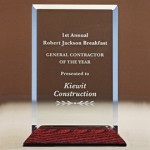 Kiewit and Mass. Electric have a reason to celebrate – we were recently awarded the Robert Jackson Annual Breakfast General Contractor of the Year Award. This award recognizes the general contractor who exhibited exemplary performance through involvement with the Black Chamber of Commerce and Black Construction Group members. We are extremely proud to receive this prestigious award and continue to strive to make Kiewit and Mass. Electric the Contractor of Choice within the African American contracting community. 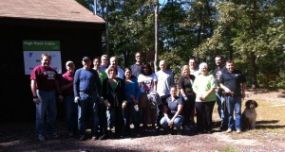 A team of MEC employees from the district office in Waltham office headed over to Hale Reservation in Westwood, Massachusetts on Wednesday, September 25, 2013 to clean and “pack up” one of the summer camps at that location as is needed at the end of the season. The YMCA of West Roxbury sponsors a day camp at Hale Reservation, providing approximately 200 underprivileged youths between the ages of 6-13, offering them a great outdoor experience, including crafts, swimming, boating, outdoor sports, archery, a rope course, nature activities and hiking.

Mary O’Leary, Corporate Director, and Tyler Simpson, a counselor for the camp, told the volunteers that this was the best fall cleanup they had ever done. A large part of the camp runs with the help of volunteers, and they were sure the kids will appreciate it next summer.

Take Them Out to the Ball Game! 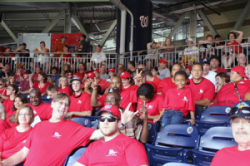 On July 22, 2012 the Washington, D.C. office location invited all local MEC staff and craft, along with their families, to a Washington Nationals game. Everyone enjoyed a picnic at the stadium before the game – which the Nationals won 9-2 over the Atlanta Braves.

Educating The Future on Transportation Opportunities 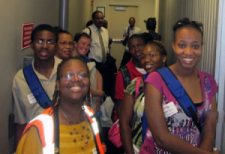 Mass. Electric Construction Co. was involved in the 2012 Youth Symposium for COMTO National conference. Several students attended the symposium where they had workshops on Engineering/Construction, Aviation, Environmental and Scholarships. Symposium presenters included MEC’s own Kevin Harrington, Senior Manager in the Denver Area Office, and employees from AECOM, DIA and CDOT. The keynote speaker was Greg Winfree from the USDOT.

The student group was taken on tours of the Denver Union Station Redevelopment Project, which MEC is currenlty involved on, and the RTD Mariposa Command Centers. It was a day full of encouraging the students to get involved with public transportation in their future.

A Clean Sweep for the National Park Service 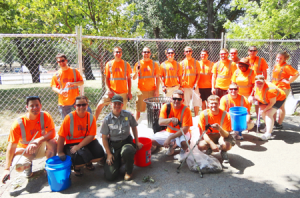 You hear it all the time, the party is fun, but no one likes to clean up afterward…unless you are an MEC team member on the Washington Metropolitan Area Transit Authority (WMATA) Red Line project. After the Fourth of July Fireworks on the National Mall, several MEC staff pitched in to help the National Park Service with clean-up. The clean-up is especially important because the firework debris is harmful to the public and animals that migh wander into the areas next to the World War II and Lincoln Memorials. Since so many MEC team members participated, the community service was completed in one day! 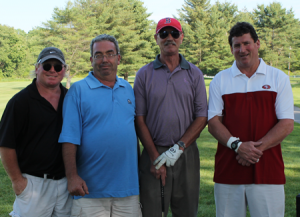 MEC’s 4th Annual United Way Golf Outing was held on June 9, 2012 at the Glen Ellen Golf Course in Millis, Massachusetts. Ten teams were out on the well-groomed course in a game of scramble. Joining MEC in raising over $3,000 for the United of Way of Massachusetts Bay and Merrimack Valley, was a team from Arthur Hurley Wire & Cable, who generously donated four seats to a Red Sox game.

Thank you to everyone who came out!

MEC Dallas Area and DART Team Up for Habitat for Humanity 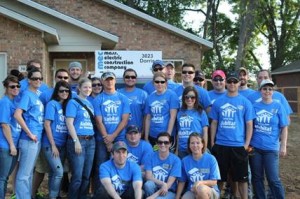 On May 19, 2012, twenty MEC employees, along with some of their family and friends, participated in a Habitat for Humanity event in Dallas, TX. With the understanding that Stewardship (a corporate Core Value) embodies responsible planning and management of resources, members of the Dallas Area Office and DART project team were tasked with landscaping an entire yard and painting the siding and trim of the related house. The project lasted 5 hours and gave everyone opportunities to display their superior teamwork and ability to handle anything that came their way. Numerous times throughout the day, Habitat employees complimented the MEC team on how efficient they we were, and the quality of their work.

In March 2012, MEC employees on the Houston Metro Project donated two calves to the Houston Livestock Show and Rodeo for students participating in the Calf Scramble, a Future Farmers of America (FFA) 4-H Program. The students Calf Scrambleattempt to catch, halter and lead the calves back to the winners’ square. Students accomplishing this feat are rewarded with a $1,250 certificate to purchase their own livestock show animal, which they then raise and bring back the following year to auction off for scholarship opportunities.

Each year approximately 375 certificates are awarded; and since 1942 nearly 20,000 Calf Scramble participants have received more than $10 million in calf purchase certificates and cash awards. The Houston Metro project team is updated monthly on their contestant’s progress and is looking forward to seeing them back at the rodeo next year!